March for Our Lives: #NaomiWadler. I am proud to help you tell the stories that aren't told to e 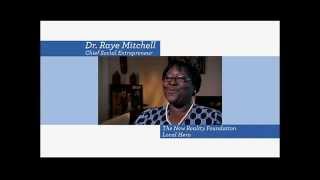 GURLS Rock, the brainchild of Raye Mitchell, hosted its second annual leadership forum in San Leandro on Saturday to empower girls of color and give them the skills to change their communities.

Several years ago Dr. Raye Mitchell gave up her private law firm in Oakland to dedicate herself to her new focus in life — preparing young women of color to flourish as effective global leaders. A San Leandro resident, the attorney turned social entrepreneur launched her nonprofit I C HOPE: The Makin a Nu Reality Foundation in 2007, and a spinoff initiative, the G.U.R.L.S. Rock leadership program, last year. The cornerstone of that project consists of five pillars: Growth, Unity, Respect, Leadership and Success. Mitchell says each is embodied through full-day summits the organization hosts for girls, the latest of which was held Saturday, Sept. 10, at on East 14th Street. About 100 girls from around the Bay Area and ranging in age from 8 to 18 came together for life skills workshops and exercises in teamwork and communication.

Many arrived hesitant, but through a series of exercises that forced them to speak up, think critically and work together, the girls emerged from the day energized and confident.

Kennedy, an 11-year-old from Rodeo, said she came to the event "because I think it's a really good opportunity to learn more about how to achieve your goals and do more in life."

Oakland resident Jamaica, 14, said she enjoyed learning from women who have achieved success in their own lives and have "experienced what we have."

Mitchell says her passion for helping young women began when she realized girls want to develop their leadership skills but don't have access to the resources to do so.

"Girls need and want to be engaged at a higher level," Mitchell said. "We connect empowerment with skills . . . That's what's really exciting — getting them ahead of the curve." She encouraged the young women to continue their education beyond high school, stay informed of current events and remember that "your future is written on the energy you put into it, not on your past."

"Every girl in this room has a powerful, exciting future," Mitchell told the girls. "We believe here at GURLS Rock that you're already born brilliant. What you do to nurture your brilliance is up to you." The event was sponsored by several organizations, including Girls Inc. of Alameda County, Girls Moving Forward, Oakland-based shades Magazine, the federal Region IX Office on Women's Health and Kaiser Permanente. The day began with a question-and-answer session with Aundrea Lacy, the creator of Luvs Brownies and author of the book Brownie Points. The San Francisco native told of struggling through math classes at San Jose State University before being diagnosed with dyslexia. She went on to earn her MBA from Golden Gate University, land a marketing job at Hewlett Packard and later start an online brownie business after her accidental brownie recipe mix-up (she doubled up on the chocolate) earned rave reviews from friends. Lacy told the girls she has come so far in her life by believing "my success and happiness depends on me," a mantra she had them repeat to one another. Participants in Saturday's event also designed their own T-shirts featuring positive messages for girls. Mitchell got the idea for the activity when controversy erupted two weeks ago over a shirt sold at JC Penney which read, "I'm too pretty to do homework so my brother has to do it for me."

The message behind the shirt — that girls can't be pretty and smart, too — caused such a backlash that the department store pulled the shirt.

One T-shirt read: "I'm a girl who has the drive to expand my horizon."

"We are going to take charge of what the world says about us," Mitchell said.

During the day the young women broke up into groups for seminars on topics including:

Mitchell joined DeWitt to host a discussion entitled "I am a game changer," focused on exploring girls as global leaders.

Mitchell has exemplified leadership in her own career.

She graduated from the University of California in 1980 with a public policy degree and earned her MBA from USC two years later. She went on to a career in marketing before enrolling in Harvard Law School in 1991. After earning her J.D. she ran her own law practice for 16 years, focusing on intellectual property, business law, employment and entertainment law.

Now 52, Mitchell provides legal counsel on the side but spends most of her time helping grow GURLS Rock. Global leadership summits are in the works for Los Angeles, Washington D.C., Minneapolis and Atlanta; in each city, Mitchell said the goal is to partner with existing youth groups to grow their community.

Mitchell won a Jefferson Award for Public Service in January for her efforts, and has received Certificates of Recognition from Congresswoman Barbara Lee and the California State Assembly.

But she said the awards and accolades don't mean as much to her as the impact she has on girls.

"Sometimes you get a higher calling," she said.